Well After my Industry review I decided to rework my story. I meet with my advisor; Mike last Wednesday and he suggested that I don’t change it because it’s too late in the game. If I wanted I could fix it. I actually meet with two fellow animation students, John and Tom later that same day. They were very helpful and went over my animatic frame by frame with me. I realized that I need to change my layout and actually make the superheroes work together since it would read much better.

Thesis Statement -
A Character Animated Short that shows the boredom between a retired superhero and his sidekick dog with an emphasis on comic timing and exaggerated poses done in a cartoon style.
No comments: 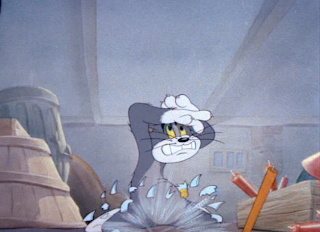 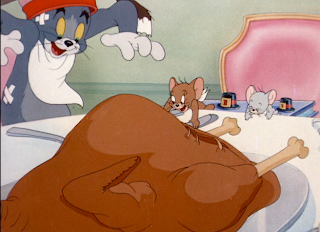 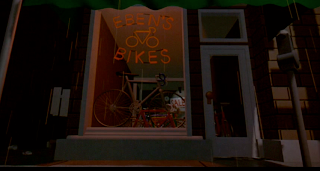 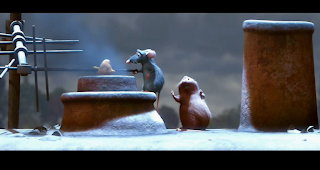 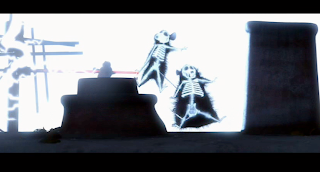 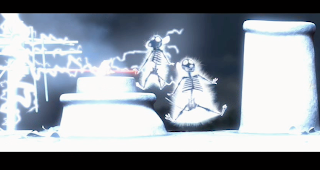 I meet with Patricia this past Tuesday to discuss how my review went. She suggested I storyboard some Looney Toons or Tom and Jerry shorts in order to see how the formula works. Develop who the characters are, what are their traits. She also said to spell out the thesis statement. Show the superheroes board and setup the problem about to happen. It all should be seen in the establishing frame (Rain, Stretchy, Motion Blur, Boredom, Power and Phone). Having it raining outside will help set up the boredom. Being board can be shown with the eyes rolling, tapping fingers, etc. Show flexman more relaxed and away from the table, in order to really show his superpower. Show motion blur and maybe skid marks with the dog. Show them excited when the lights go off. Maybe once the lights go out, the moonlight lights the room. Also to have the lights flicker. If you want them to compete set up the competition, ex. Key cut in half, pictures on the wall of the superheroes fighting over saving the girl. She also suggested I add more cobwebs and a logo on the phone.
No comments:

This is the first version of my shot list

How my Pre-Thesis Industry Review went

Well, my industry review didn’t go to well either. I got conflicting reviews, and suggestions that are basically pulling away from my original idea. Some told me that the timing was on. Then when another disagreed saying the timing was off, the first individual took their statement back. I was told that the timing to the dog was off, that I didn’t show his speed. I was told that the story was not entertaining and that playing checkers does not show that they are bored. That I need a better scenario, like playing fetch to showcase their abilities. Another told me that they liked the interaction of the checker’s competition, but to have them do something else besides playing checkers, something else where they can compete. Then one said they liked the absurdity of them playing checkers. I was also told that the premise was not set up by one, than another told me that they did see the premise setup in the pan of the room, just to make it slower in order for the audience to see it. Then I was told by another, that the incredibles did that pan and not to take ideas from other movies. I was also told by some that they thought fighting over changing a light bulb doesn’t work, but then another told me that it does being that they are fighting over something so mundane that it could be funny. By another I was told to have just the whites of the eyes show, when the lights go out and play with sound effects. Which could be good, for a few seconds, but as I have my piece now, the lights are out for about 30 seconds, so to me that really doesn’t work. No one seemed to understand why the characters began to fight. Stuff similar to this is done in Tom and Jerry and Looney Toons Shorts. One told me that I have two protagonists, I said yes that correct. She then said well they have to want the same thing. I thought they both wanted to change light bulb to do something was that. I was also told by the guy to reduce what I have and choose key moments, in a different approach. I was actually told by one to scratch the superhero idea, it’s been done well already, to start over from scratch, I feel this might not work now, being I only have a month left in the semester. I was told by another to do less, and more of what you have. They all agreed they like the two character design. It actually ending with a student suggesting, I showing it raining outside the window they are sitting in front of to show why their bored, Which the panel liked. Afterwards students that knew my story thought it would work, that all that I had in mind maybe didn’t come though in my animatic.

So basically I completely and utterly confused that this point. I took the advice of the first panel and reworked it only to have the second panel not like it. I find the reviews at this stage more destructive than helpful. Especially when I’ve spent a 3/4 of a semesters researching and now to restart from scratch while still having work to do and now to redo all my past work. I felt I didn’t get to many suggestions on how to make my story work, but more of changing it. I’m going to try and speak with Patricia, who was running the review, and she was also heard it for the first time, seeing if she has any suggestions. I’ll also go back to my advisor Mike to see what he thinks. I want my project to work, but I also want it to be about something I want to do.
No comments: 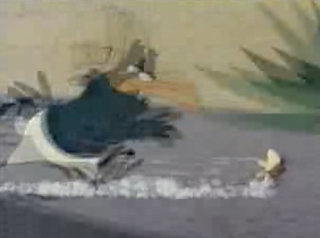 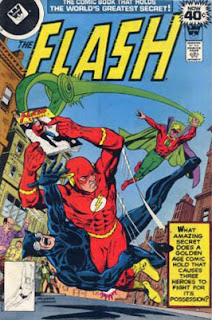 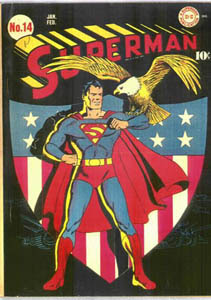 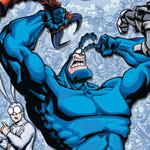 Reference for the superhero Character design for Flexman

The Tick vs The Idea Man

Getting Ready for the Pre-Thesis Industry Review

Well, I've revised my story since the last review, while taking the advice of the faculty panel. I think that I'm getting somewhere with the story and is happy with the direction it is going. I’ve stuck to my original concept of Retired Superheroes. Only now the premise of the narrative is that they are retired and they don’t have much to do therefore the two characters (Flexman and Flash) fight over doing the simplest things in the house. Making every little task a heroic adventure.

We have our Industry Pre-Thesis review this Thursday. I’m putting all my updated info in one posting.

Introduction:
My main goal in my thesis is to get a solid animation while refining my skills. Many areas of animation inspired me, however there were a few works of art in particular that really motivated me. They were Chuck Jones’s Animation, The Incredibles, Wallace and Gromit as well as the sculpture exhibit L'Hospice. Through these references I’ve come up with my narrative about a retired superhero and his sidekick that are now bored in their retirement and treat an everyday task like a superhero adventure.

Thesis Statement -
A Character Animated Short with an emphasis on comic timing and exaggerated poses that showcases the humorous relationship between a retired superhero and his sidekick dog in a cartoon style. 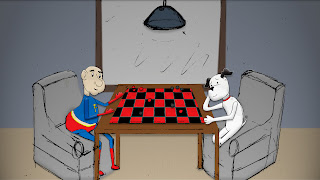 I revise my script by narrowing down my content to keep the story simple that the audience can follow. It now revolves around an everyday incident that gets out of hand.
Story Scripts Version 5
No comments:

Back to Brainstorming Story Ideas 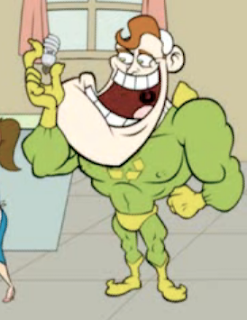 How Many Superheroes Does It Take to Screw in a Light Bulb?
Goofy superhero cartoon
Superhero Video 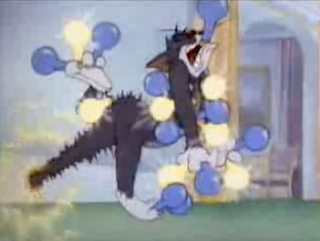 Man falls of his Ladder

Reference Citations - The ChubbChubbs Save Xmas 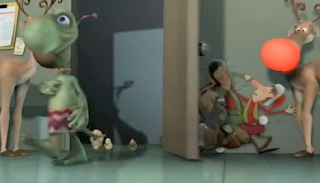 I had like the original “ The ChubbChubbs!” when it was released back in 2002. It had a great concept about these furry chicks like animals (ChubbChubbs) that are vicious and everyone is afraid of. I saw the short for it’s following up “The ChubbChubbs Save Xmas” on the “Surf Up” DVD. I really liked the exaggeration is some of the poses. The main character, Meeper is also kind of oblivious to what goes on around him while always seeing things on the bright side.

The ChubbChubbs Save Xmas
Clips - especially the second
Save Xmas

Flushing out they story

Well I meet with Cushny yesterday for my first individual pre thesis meeting. He really helped me focus my story on a few elements. I felt better since I don’t have to rewrite everything from scratch. I had a bunch of components that made up my story. I'll cut it down to three. I'm going to keep the Looney Toons extreme squash and stretch style, the buddy's story and I'm going to try to keep in the superhero angle. I’m getting ride of the old age, wheelchair and saving the world components.
No comments: